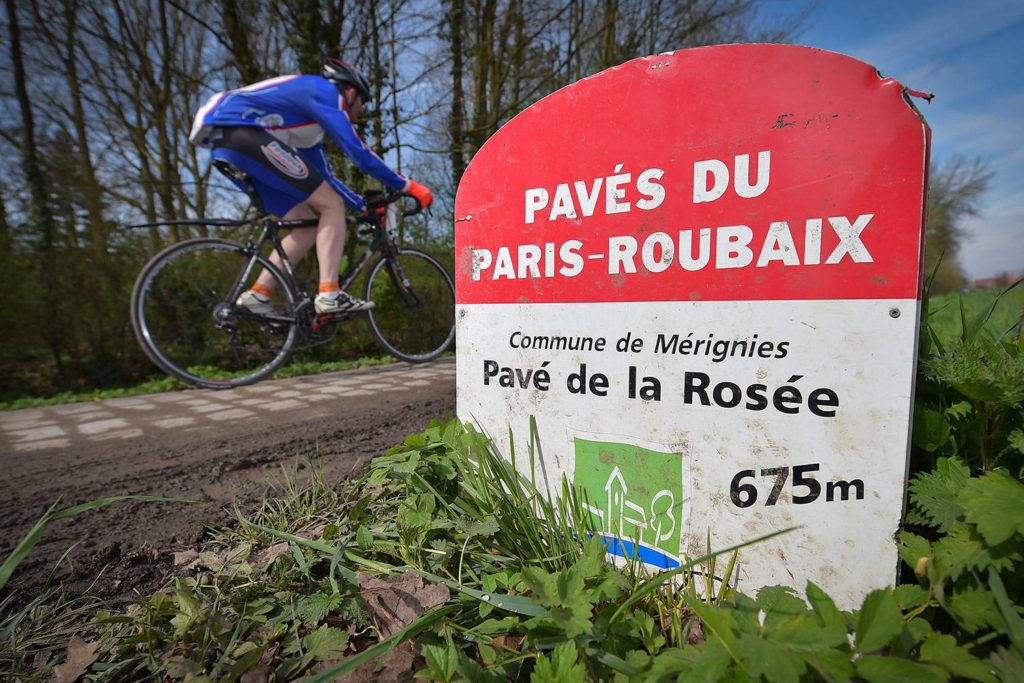 At the beginning of April it will be that time of the year again: The world elite of cycling will take on the 250 kilometer long race from Compiegne near Paris to Roubaix. The special feature of the one-day classic, which is also called “Hell of the North”, are 27 cobblestone passages that take up around one fifth of the whole distance.

I also will be treating myself to a whopping 145 kilometers of cycling around Roubaix: On the 8th of April the Paris-Roubaix Challenge takes place, a ride for everybody partly on the course the pros will be riding a day later. Registration was also possible for the 70 and 172 kilometer round, but as the Goodtimesroll guys had registered for the 145, I didn’t want to take the shorter one. By the way, 145 kilometers are quite a bit for me, as the maximum distance I have ridden in one day is 110 kilometers – without one cobblestone passage.

The pro race day will be exciting too, I guess. We’ll have to see where we position ourselves in order to see the race. The “Forrest of Ahrenberg”, a 2.4k long stretch of cobblestone, is of course one of the favorites for all the spectators, but there is also the possibility too wait in the velodrom of Roubaix, where the race ends after 250 kilometers. The whole race is broadcasted on big screens there, so you don’t wait around for hours just to have the pros fly by for a maximum of 30 seconds.

More information and of course a recap after the event will be published here. So stay tuned.