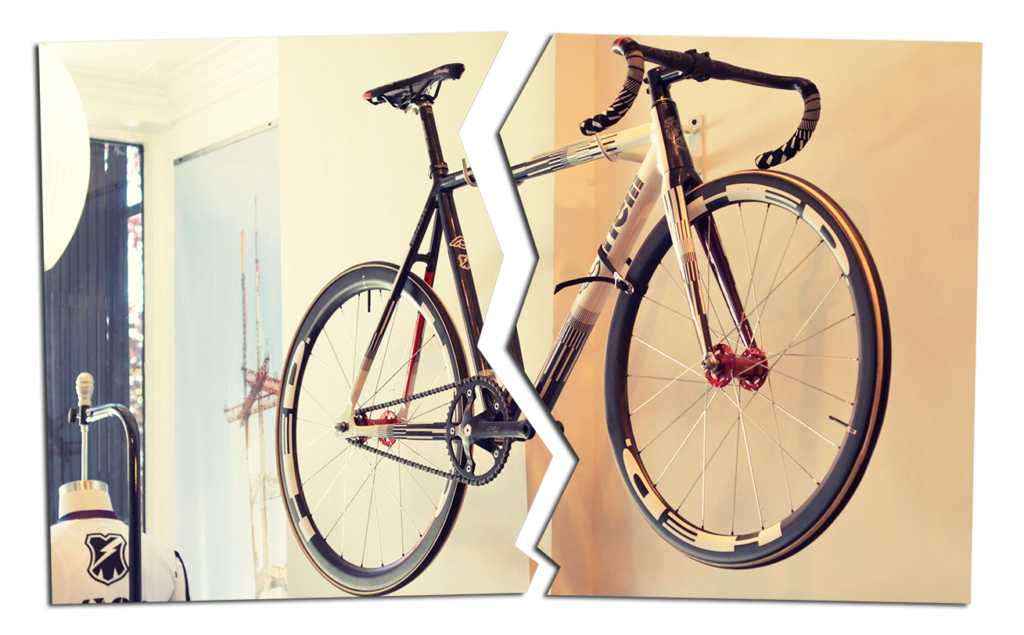 Today the Mash Transit bikeshop from San Francisco (formerly known as Cinelli Mash) announced on its Facebook page that it will no longer collaborate with the Italien bike brand Cinelli. Or the other way around. For sure both parties will part ways from now on.

Mash will still design and produce bike frames, parts and accessories, but under their own brand. On the other hand, Cinelli has already focused more on fixed gear frames without the help of Mash in 2016 and will carry on doing so. The business marriage that brought Cinelli credits within the fixed gear scene and made Mash a relevant brand worldwide, comes to an end after seven years. Seven years that were probably pretty successful for both sides.

It is a pity that the collaboration is over now. Cinelli might have more problems in the aftermath of the “divorce”, as the Mash guys will most certainly have several new irons in the fire and are able to feed off their good name within the scene. Cinelli on the other side seems to feel certain that their credits will remain even without Mash. We will see.

There is good news for all the people who still want to get their hands on new Cinelli Mash stuff: According to the Mash Facebook page shops will still be able to purchase the remaining stock through distributors in 2017. It will most certainly be “first come, first served” as no new Cinelli Mash stuff will be produced.