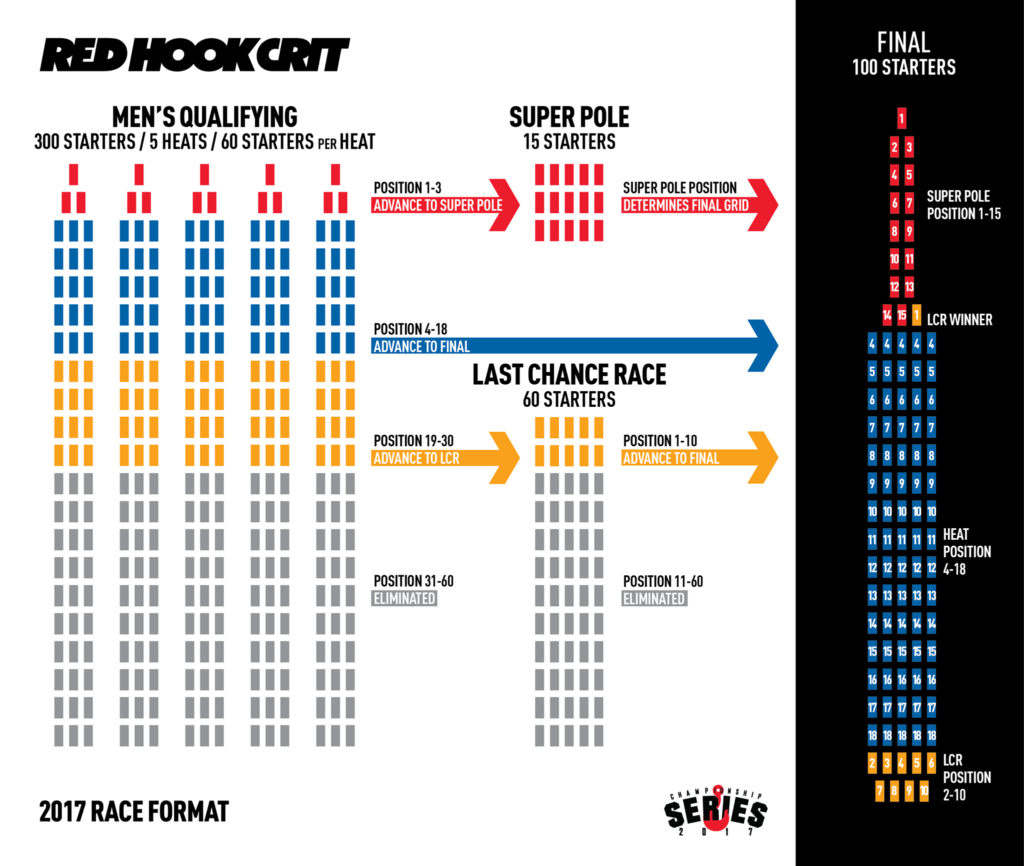 The Red Hook Crit is changing its rules, how riders qualify for the final. Here is how: There will be five heats with 60 riders per heat. The first three out of every heat qualify on a superpole position for the final (15 riders), the positions 4-18 in every qualification race will also qualify directly for the final. Then there are the positions 19-30, who qualify for the Last Chance Race (a total of 60 riders). The positions 31-60 in every heat are out of the race. In the Last Chance Race the first ten riders go on to the final, the first of the race goes directly to starting position 16, right behind the superpoles. As I see it, the changes are for the good, because they will hopefully result in fewer accidents during the qualification, as people will have to power through a whole race instead of just a hot lap. Also it is good for those people who don’t make it to the Last Chance Race or the final – they will not have made their way to Brooklyn/London/Barcelona/Milan just to ride for a few laps, but will have at least had a real race in the qualification.

Good to see, how the sport is evolving and that formats such as Red Hook Crit still want to innovate. Read more on the story: http://bit.ly/2jCZhYc