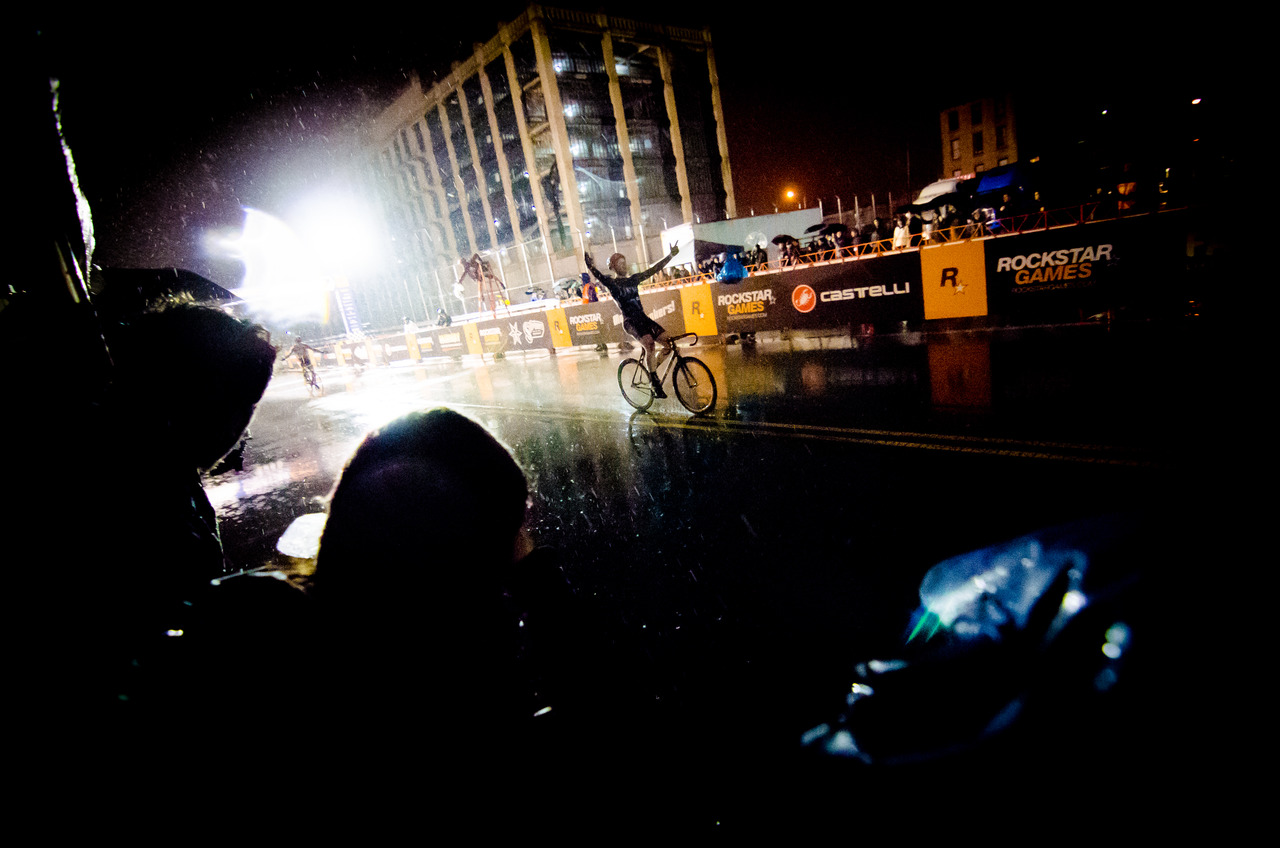 I didn’t see that one coming: a French mountain biker on a bamboo bike has won the first race of the 2014 Red Hook Criterium series in Brooklyn. I mean, if always kinda been interested in bamboo bikes, because I liked the idea of having a natural material as the basis for a bike that you can ride everyday. But in a race as fast and hard as Red Hook? And in those weather conditions with a rain storm hanging deep over Brooklyn for the race? So, big ups to Thibaud Lhenry from Dijon in France for winning and leaving second and third place to Alessandro Bruzza and Neil Bezdek (both from the newly formed Cinelli Chrome Team, Bezdek being the 2013 RHC champion). Lhenry started fixed gear riding just a year ago, he told peleton, But has competed before on a high level (world cups e. g.) in mountain biking. Stefan Vis from F.A.S.T. Amsterdam finished on a good 13th place. In the first ever Red Hook Crit women’s race Jo Celso on an Aventon bike won with a nice sprint at the end. Liz So and Ash Duban took second and third place in the race.

Next up in the race calendar is the Barcelona Red Hook Crit at the end of August. The hotel room for Barcelona is already booked and if I get a cheap flight there, I might even check out the event. Fingers crossed.